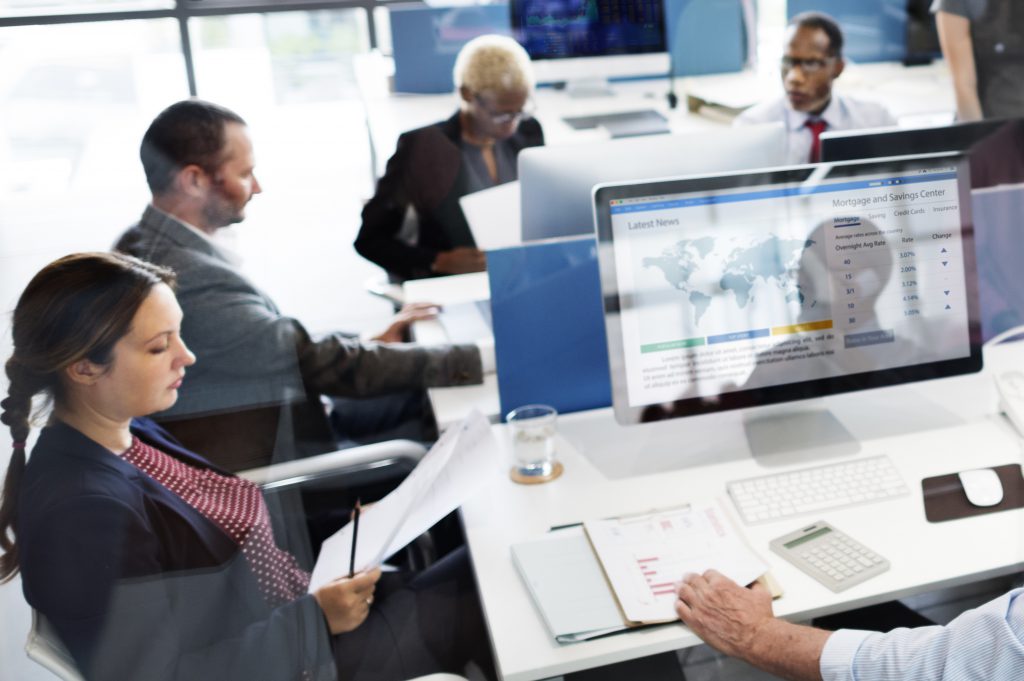 In 1981, Automated Systems, Inc. (ASI), created the Insite Core Banking System®. Insite was one of the first, fully featured core banking systems available to community banks. We started with a simple premise, to be loyal to community banks with a focus on staying true to the fundamentally smaller asset sized local banks. This ideal became the vision and eventually a part of the mission statement to “Build Strong Relationships with Community Banks”.

Back in 1981, data-communications and open systems were nowhere close to the speed and compatibility they are today. If you said the word “Google” back then, people would think you were babbling like a baby. It would be another fifteen years before Google would take its first breath. The Internet as we know it, loosely speaking, would not arrive until the late 80ʼs or early 90ʼs. While ASI was busy writing their future, perhaps other bank software companies like Fiserv (aka ITI®), FIS (aka Alltel®; Horizon®), and Jack Henry & Associates® (aka JHA), all now grouped as “The Big Three”, were writing their histories and perhaps wondering when the time would be right to put their company in the hands of Johnny Q Public. Of course, that would mean buying other companies to build volume and size. I cannot help but wonder which banks get lost in these growth strategies.

There are no public stockholders to divide ASIʼs loyalties between a bank’s operational needs and stockholder dividends. There were no acquisitions to bolt on or any need to grow fast and furious. ASI simply hires great talent and then invests in their careers, providing corporate benefits and openness. We teach employees what it means to stay on mission. As a result, one Insite bank became ten, ten became thirty, thirty became a hundred. Today, ASI has over 150 banks on our award-winning software, continuing growth slowly and steadily. We never forget that it is not enough to just be good; that is the baseline expectation. We teach our team that you don’t have to be big to be good; you just have to be committed. That is the ASI difference.

As speeds and system capabilities grew, many valued customers asked ASI to begin hosting their systems and ASI worked to meet the demand. We created Insite Data Services [IDS]. Still in-house, but in “our house” or “the IDS house”, if you will. As time marched on, the dynamics of the community banking world became burdened by the same regulatory requirements of banks ten and fifty times their size. Many ASI customers asked if ASI could help them process their bank transactions and bank data by running daily tasks such as: ACH, Cash Letters, End of Day, End of Year, and so on. ASI listened and created On-Time® processing services for IDS hosted banks. All the while, mind you, ASI maintained their commitment to their in-house system for those banks that wanted to keep everything local. Now, many of those banks are still ASI customers today and several have gone on to become IDS On-Time customers.

So what is my point? Here it is: I have never seen a more consolidated, committed, complete, and affordable community banking system than ASIʼs Insite Banking System. So what do I base that on? Simply this, I have worked for one of highest rated community banks in our country as their CIO. I have been a Fiserv Premier user, a FIS Bankway user, and worked directly for one of the “Big Three”. I have attended numerous user groups for all of the “Big Three” and have been intimately involved in numerous conversions, system selections, negotiations, and bank consolidations from $20M to $20B. I served as a Managing Principle at one of the most highly respected banking consulting firms in the nation.

So whether I consider Premier, CIF 20|20, Core Director, Precision, Horizon, or the many, many, other system choices that a bank has available today; I can say with full assurance that ASI and their young, brilliant, and committed team is changing the banking industry – not the stock market.

JKHY is traded on NASDAQ under the symbol JKHY.

CSI is traded on the Premier QX tier of the OTC Markets Group under the symbol CSVI.

Fiserv is traded on NASDAQ under the symbol FISV.